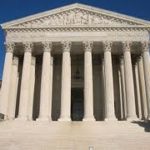 On 4 January 2011, the United States Court of Appeal ordered three executives to pay restitution to South Africa as a result of their illegal harvesting of South Coast and West Coast lobster in South African waters for export to America.

Between 1987 and 2001, Hout Bay Fishing Industries Limited, in collaboration with two US corporations, illegally harvested, processed and exported significant quantities of South and West Coast Lobster and are thought to be largely responsible for the 65% decline in stocks of southern Cape rock lobsters.

For the US court to make a restitution order, South Africa had to qualify as a victim under the US Mandatory Victims and Restitution Act and, as a result, it had to be established that South Africa had a property interest or right in the stolen lobsters. Under South African common law, wild animals and marine life are res nullius, and are considered ownerless and it would be difficult to establish a property interest in a South African court. The US court, however, found that “lobsters possessed in violation of the regulatory scheme do not become property of the possessors, rather they are subject to seizure and sale by the government of South Africa … Evading seizure of overharvested lobsters thus deprives South Africa of an opportunity to sell those illegally captured lobsters at market price and retain the proceeds, representing an economic loss to South Africa each time an illegally harvested lobster goes unseized. South Africa’s interest in those illegally harvested lobsters, therefore, goes beyond a mere regulatory interest in administering the fishing activities in its waters.”

The US court’s decision to hold individuals liable for the over-harvesting of fish stocks is significant. It demonstrates the great benefits in the collaboration of states in tackling environmental violations and sets a precedent that will hopefully deter the illegal exploitation of natural resources by local and foreign companies. Importantly, this case explores a new avenue for state protection of fish stocks and wild animals as property interests of the state.