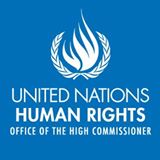 It is only just over two months ago that the chairperson of the Amadiba Crisis Committee was assassinated in his village on the Wild Coast, where he was known for his vocal opposition to plans to mining the dunes at Xolobeni.

Many activists in South Africa pay a price for their defence of environmental rights: from intimidation, to damage to property, to loss of jobs and opportunities, to loss of family and friends, and loss of life. Bazooka Rhadebe’s murder was a stark reminder to all of us of just how how far those with vested interests will go to stop those who stand between them and profit.

The targeting of environmental rights activists is not only a South African phenomenon. A 2012 report by London-based non-profit organisation Global Witness entitled Deadly Environment, documented a dramatic increase in the killing of environmental activists, from 51 recorded deaths in 2002 to 147 in 2012. Between 2002 and 2013, at least 908 activists were killed in 35 countries – with only 10 convictions. The death rate has risen in the past four years to an average of two activists a week, according to the report, which also documents 17 forced disappearances, all of whom are presumed dead. More recently, Global Witness has tracked the murder of at least 116 environmental activists in 2014 – that’s almost double the number of journalists killed in the same period. A shocking 40% of victims were indigenous, with most people dying amid disputes over hydropower, mining and agri-business.

“Being an environmentalist can be a dangerous, even deadly undertaking. Berta Cáceres, the Goldman Prize winner who was assassinated in Honduras in March 2016, was only one of dozens of environmentalists to be killed in recent months.

Every week, on average, two environmental and land rights activists are killed and the numbers are getting worse, according to civil society figures. The situation is particularly grave in Latin America and Southeast Asia, but it affects every region of the world. It is truly a global crisis.

On this World Environment Day, we want to underscore that environmental human rights defenders should be lauded as heroes for putting themselves at risk to protect the rights and well-being of others. Instead, they are often targeted as if they were enemies of the State.

The brave  women and men who work to protect the environment are routinely harassed, threatened, unlawfully detained, and even murdered, merely for opposing powerful business and governmental interests bent on exploiting and destroying the natural environment on which we all depend.

The enjoyment of a vast range of human rights, including rights to life, health, food, water, and housing, depend on a healthy and sustainable environment.  Those who work to protect the environment are not only environmentalists  – they are also human rights defenders.

In March 2016, the Human Rights Council adopted a landmark Resolution (res 31/ 32) which requires States to ensure the rights and safety of human rights defenders working towards the realization of economic, social and cultural rights.

That was a good initial step, but Governments must do far more. They have obligations under human rights law to protect environmentalists’ rights of expression and association by responding rapidly and effectively to threats, promptly investigating acts of harassment and violence from all parties including business and non-State actors, protecting the lives of those at risk, and bringing those responsible to justice.

States must also adopt and implement mechanisms that allow defenders to communicate their grievances, claim responsibilities, and obtain effective redress for violations, without fear of intimidation.

They must take additional steps to safeguard the rights of members of marginalized and vulnerable communities, especially indigenous peoples, whose cultures, identities and livelihoods often depend on the environment and whose lives are particularly susceptible to environmental harm, placing them on the frontlines of conflict.

Currently, States are failing to meet these obligations. Of the nearly 1000 reported murders over the last decade, fewer than 10 have resulted in convictions. The real culprits are rarely held accountable for their crimes.

It is ironic that environmental rights defenders are often branded as ‘anti-development’, when by working to make development truly sustainable, they are actually more pro-development than the corporations and governments that oppose them.

The UN Human Rights Council appointed Mr. John H. Knox (USA) in 2012 to serve as Independent Expert, and reappointed him in 2015 as Special Rapporteur, on the issue of human rights obligations related to the enjoyment of a safe, clean, healthy and sustainable environment. The Council requested him, a professor of international law at Wake Forest University in the United States, to clarify the application of human rights norms to environmental protection, and to identify best practices in the use of human rights obligations in environmental policy-making. Learn more, visit:
http://www.ohchr.org/EN/Issues/Environment/SREnvironment/Pages/SRenvironmentIndex.aspx

NOTE TO EDITORS: Mr. Forst will present a report on the situation of environmental and land rights defenders to the UN General Assembly in October 2016.