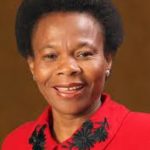 Following the various media reports and views preferred by analysts and assorted observers on issues that amounted to negative sentiment regarding the work of the Department of Mineral Resources, I instructed the Director General Advocate Sandile Nogxina to look into the matter.

The DG conducted a whirlwind tour of all the regional offices in February last year whereupon he was appraised of and identified all areas of concern that needed drastic and immediate attention.

As a result I announced at the Indaba last year our intention of reducing the turnaround time for mining rights applications from the current 12 months to six months, while prospecting rights would be reduced from six months to three. I further indicated other corrective measures with respect to our administrative process – a process that sought to achieve more transparency and root out any prospect of corruption in the system.

All these announcements were as a result of the internal investigation done by the department. Some of the problems that were identified as impacting negatively on our aim to be competitive included but were not limited to:

Other broader issues that were discovered include the following:

What we have done to remedy the situation

Due to NMPS systems limitations, we took a decision to rollout the new electronic management system within the Department, starting with Mineral Regulation branch. To this end, we have migrated NMPS data onto the new platform to be integrated into the new system.

Work in this regard is far advanced and some of new applications would entail early warnings for non compliance with undertakings and commitments made by applicants, effective time and task management on the part of officials, limited human tampering and transparency.

The system that we are launching allows for on-line lodging of applications, progress reports and viewing progress on line and allows for an efficient compliance monitoring. Compliant applicant should be able to receive acceptance letters instantly whilst violation of license conditions will be immediately exposed.

To prepare for the implementation of the new electronic system for the administration of rights, it became imperative that a comprehensive data currently sitting on our NMPS system be properly audited. To this end, I imposed a moratorium on the lodging of new prospecting rights on September 1 last year to enable us to re-direct resources and focus on conducting massive audits into the status of all rights that were granted since the implementation of the MPRDA.

The terms of reference of the Audit deliberately commence with granted rights, because we discovered a significant number of Rights which were never progressed to ‘issuing stage’. A sum total of the number of prospecting rights that were issued plus exploration commitments that were made convey a story that South Africa had an excellent prospect of a ‘boom in exploration activity. However, it was not the case as we all know.

Even more disturbing is the fact that in seams or mineral complexes with known mineralization such as Mpumalanga, Limpopo, etc, this hive of exploration activity did not take place. During this period, we scheduled an audit of all prospecting rights as part amongst others, of the data clean-up process.

During the moratorium period so far, the DMR thoroughly reviewed and mapped its business processes in order to improve efficiency, to ensure consistency and to achieve greater transparency in the process of allocating prospecting rights, mining rights and mining permits.

The Department has gone further. The system offers GIS based spatial information which for the first time allows the public to view the locality of issued rights, and land in respect of which applications are being considered, at any given time, through our website. Simultaneously the officials of the department who are processing the apoplication will be able at a press of a button to establish the environmental-sensitivity status of an area applied for before even beginning to process the application. This will obviate the possibility of mining rights being granted on ecologically-sensitive areas.

The system is also able to electronically accept applications for mining permits, prospecting rights and mining rights through the website. Furthermore, it has a completely uniform application evaluation procedures, to ensure consistency, transparency thus eliminating the possibility of human error in the evaluation process.

I must at this time caution that achieving these levels of consistency and uniformity also require consistency in the format of applications and supporting information to be submitted by the applicants. In this regard the Department has, in line with the applicable Regulations, developed guidelines and standard templates for the supporting documents required to be submitted for application purposes. These standard guidelines and templates will be published on the Department’s website as from this week, and the public is herewith given advance notice to take note thereof and make the necessary adjustments to the documentation they intend to submit because these formats will be prescribed.

I am proud to announce that when the moratorium is lifted at the end of the six months period i.e. end of March, it will usher in a new era characterized by a long overdue online application system. You are invited to visit the Department’s stall at this Indaba for a video preview of the new system.

The system has been imbued with elements of accountability, transparency and efficiency. We urge all stakeholders to cooperate with the Department in implementing the new system. The system would also address challenges of overlaps in properties being applied for, as it would not permit acceptance of applications with overlapping properties.

Currently, the system has over 264 layers compared to the NMPS that has a single layer making it highly advanced and containing information from other government planning systems including environmentally sensitive areas, protected areas, Deeds offices, township development areas, water pans, etc. This will eliminate the current challenge where rights end up being granted over environmentally sensitive areas.

The battery of measures that we are implementing also took cue from the results of the assessment of the Mining charter that confirmed some of our own findings relating to system problems.