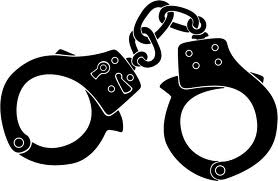 The Centre for Environmental Rights welcomes two recent cases of criminal prosecution against mining companies who have been operating in contravention of mining, environmental and water laws. We commend the efforts of officials of the Department of Environmental Affairs (DEA) and the National Prosecuting Authority in achieving these results.

However, the absence of the Department of Mineral Resources (DMR) in these cases is yet another worrying indicator of the DMR’s incapacity or unwillingness to tackle environmental crimes by mining companies.

In both cases, the illegal activities of the mining companies were reported to authorities by the communities suffering from the effects of the illegal mining.

The charges in this case were brought by the Bathlabine Foundation, a community-based not-for-profit organisation that works for the advancement of the Bathlabine community near Tzaneen in Limpopo province.

It was the Bathlabine community, suffering from the environmental damage caused by Blue Platinum’s illegal activities, that brought the illegal mining to the attention of the DMR in 2010. However, after years of fruitless attempts to persuade the DMR to enforce compliance by Blue Platinum, the Bathlabine Foundation had no other option but to lay criminal charges against the company and its directors themselves.

The matter has been postponed until 4 November 2013 for the full contents of the docket to be provided to the defence.

On 29 August 2013, Nkomati Anthracite (Pty) Ltd pleaded guilty in the Nelspruit Regional Court to eight charges under the National Environmental Management Act, 1998 (NEMA) and the National Water Act, 1998. The company admitted guilt in relation to each of the eight counts, which included, amongst other activities, unlawfully removing indigenous vegetation, constructing roads and infrastructure within an environmentally sensitive area without the necessary environmental authorisations, and using water and disposing of waste in a manner that resulted in harm to the environment.

Nkomati Anthracite was fined R1 million, the payment of which was suspended, and also instructed to pay an amount of R4 million to the DEA’s Environmental Management Inspectorate for the purpose of the proper execution of enforcement duties, environmental rehabilitation and enforcement training. See the DEA’s media release about this on 29 August 2013 here.

Nkomati Anthracite (Pty) Ltd is 60% owned by Sentula Mining Limited, a JSE listed company. The remaining 40% of its shareholding is held by the Mpumalanga Economic Growth Agency.

The communities living in the vicinity of, and affected by, Nkomati Anthracite’s operations continue their long-standing battle to ensure that the company complies with all of its legislative obligations.

While the Centre for Environmental Rights welcomes the successful prosecution of Nkomati Anthracite, we regret that – as is so often the case in environmental prosecutions – the R1 million fine imposed was suspended. Furthermore, no directors or managers of the company who authorised or participated in the illegal activities were prosecuted for the contraventions (as is provided for in NEMA). We hope that the prosecution of the directors of Blue Platinum Ventures will send a strong message that directors of mining companies who contravene mining and environmental legislation can no longer be assured that they can do so with impunity.

Implications for the MPRDA Amendment Bill currently in Parliament

The absence of any action by the DMR in these matters is notable given the proposed changes to mining and environmental legislation currently before Parliament.

The Centre for Environmental Rights maintains that, given the DMR’s woeful track record on regulating the environmental impacts of mining, it is inappropriate and inefficient for the DMR to retain the function of monitoring and enforcing environmental compliance by mining companies. This proposal would entail an expensive duplication of functions and expertise that already exists within environment authorities, and continue the preferential treatment for the mining industry in relation to other industrial sectors. We contend that this proposal would be to the detriment of the environment, affected communities and the sustainable development of mineral resources.

Queries and quotes from this media release attributable to Melissa Fourie, Executive Director, Centre for Environmental Rights, [email protected], 021 447 1647 or 072 306 8888

Spokesperson for the Bathlabine Foundation: Mr Mashile Phalane, 072 336 7853 or [email protected]. See more about the struggle of the Bathlabine community in the film “Bad luck will come to us” on the CER’s website. The CER has some photographs of the erosion caused by unrehabilitated clay mining at Bathlabine.