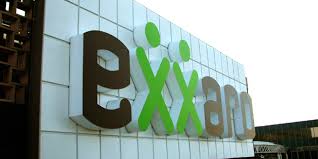 On 26 May 2016, Exxaro will hold its annual general meeting (AGM). The AGM is an important opportunity for shareholders to ask questions on a number of key issues associated with the company’s enormous impact on the health and well-being of nearby communities, and on the environment.

Exxaro is one of the companies which featured in the Centre for Environmental Rights’ (CER) September 2015 report, Full Disclosure: The Truth about Corporate Environmental Compliance in South Africa. Full Disclosure revealed that over the period assessed (2008-2014), many of South Africa’s listed companies committed serious breaches of environmental laws, and that the level of disclosure of these breaches to shareholders was, in most cases, extremely poor.

The CER noted a pattern of serious breaches of environmental laws by Exxaro, particularly in relation to water use. The CER also noted that Exxaro does not make information on its environmental non-compliances available to its shareholders, with Exxaro even failing to disclose in its company reports that the Department of Water Affairs had laid criminal charges against its Glisa Colliery for contraventions of the National Water Act.

Each of the twenty companies assessed in Full Disclosure were afforded an opportunity to respond to the CER’s findings before publication. While seventeen companies responded (with their responses now included in the online report), Exxaro is one of only three companies which failed to respond at all.

Two of Exxaro’s Mpumalanga operations – the Glisa Colliery and the Arnot Colliery – also feature as case studies in the CER’s new report Zero Hour:  Poor Governance of Mining and the Violation of Environmental Rights in Mpumalanga, released on 23 May 2016. Glisa features as a case study highlighting the harmful impacts of mining on air quality and consequently on human health. Affected community members report widespread lung problems associated with blasting activities at Glisa, which cause “thick black clouds” to descend on nearby communities, and with intense coal truck traffic in close proximity to people’s homes.[1]

The Arnot Colliery highlights the frequent failure by mining companies to ensure that there is adequate financial provision for the rehabilitation of environmental damage (i.e. security for environmental damage caused). Despite the Arnot Colliery being ranked as class “A” in terms of risk (the highest), the rehabilitation and closure plans in its Environmental Management Programme are cursory, and Exxaro appears to have grossly underestimated the financial costs associated with rehabilitation, and therefore the amount to be set aside to ensure that these costs can be met.[2]

In light of the above, here are some of the key questions that shareholders should be asking Exxaro’s management:

The CER is a non-profit organisation and an environmental rights law clinic that helps communities defend their right to a healthy environment. It does this by advocating and litigating for transparency, accountability and compliance with environmental laws. For more information, visit http://cer.org.za/.