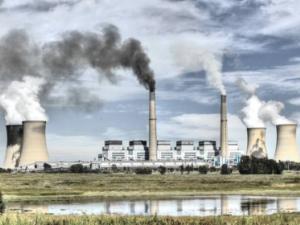 A condition of these postponements is that Eskom is required to “implement an offset programme to reduce [particulate matter] pollution in the ambient/receiving environment. A definite offset implementation plan is expected from Eskom by 31 March 2016”.

As civil society organisations who work with and support many affected communities in South Africa’s pollution hotspots, we are extremely disappointed with the DEA’s decision simply to allow Eskom to continue to pollute in excess of what has been agreed as safe standards of emissions for another five years. Furthermore, the decisions themselves are slapdash, with no attempt to set strict and enforceable conditions to ensure that Eskom comes into compliance in the next five years. This shows a complete disregard for DEA’s constitutional responsibility to protect the health of South Africans.

Background to the minimum emission standards

Over a period of about five years prior to 2010, the DEA, industry (including Eskom) and a few civil society organisations negotiated “minimum emission standards” (MES) for activities that have a significantly detrimental impact on human health. All such polluting industries must meet certain standards by 1 April 2015, and stricter standards by 1 April 2020. Despite knowing since 2004 that they would have to meet MES, Eskom – and about 20 other industrial facilities, largely following Eskom’s lead – applied to postpone such compliance, having failed to make the necessary investments to meet the MES.

One of the main grounds on which Eskom’s postponement applications were opposed by groundWork [2], Earthlife Africa Johannesburg [3] and many community groups was that granting the postponements would violate the Constitutional right to an environmental not harmful to health or well-being [4].  An expert who analysed these health impacts found that, if Eskom’s applications succeeded, this would result in about 20,000 premature deaths, over the remaining life of the power plants – including approximately 1,600 deaths of young children. The economic cost associated with the premature deaths, and the neurotoxic effects of mercury exposure, was estimated at 230 billion rand [5].

In a desktop report [6] released by groundWork last year, it is clear that Eskom’s existing non-compliance with emission limits is proving extremely harmful to the health of the residents of the Highveld. The report indicated that air pollution from coal-fired power stations is:

Permission to continue polluting given in areas already out of compliance

Twelve of the coal-fired power stations for which Eskom sought postponement are located in the air pollution hotspot known as the Highveld Air Quality Priority Area, with Matimba and Medupi power stations falling within the Waterberg-Bojanala Air Quality Priority Area and Lethabo falling within the Vaal Triangle Airshed Priority Area [7]. Most of these stations are already out of compliance with the existing ambient air quality standards. This means that Eskom’s applications do not meet the requirements of the Framework for Air Quality Management (which is regarded as part of the Air Quality Act), which only permits MES postponement applications to be made for facilities in areas where air quality meets the ambient air quality standards. [8]

Director of groundWork, Bobby Peek, adds: “No one disputes that Eskom is in crisis. But the costs of compliance with the MES cannot trump other considerations. For too long, government, Eskom, and other polluting industries have failed to account properly for the devastating health impacts and costs of air pollution. The DEA’s decision simply reinforces the massive environmental injustices suffered by those who have to breathe poisonous air on a daily basis. This is undemocratic and unconstitutional – it makes polluted air, legal air. This is not what we planned for in 2004 when we got mandatory minimum emission standards.”

South Africa’s current electricity crisis has forced Eskom to perform massive maintenance to its plants at huge cost to the economy.  Eskom should have been forced to retrofit its plants at the same time to ensure MES compliance, and to avoid a similar situation in the future, especially because these power stations will have to work longer because of the electricity deficit.

The DEA has also granted some applications to postpone compliance with MES that only apply from 2020. Although not prohibited by the legislation, we regard this as inappropriate and premature – the considerations that would influence a postponement application could be vastly different in five years’ time.

Nevertheless, as set out above, MES postponements have been granted on condition that Eskom implements an “offset” programme to reduce particulate matter in the receiving environment.  Dominique Doyle, Energy Policy Officer at Earthlife Africa (Johannesburg) explains that this amounts to nothing short of an attempt to “offset” Eskom’s non-compliance with MES: “It is completely inappropriate for the NAQO to have allowed Eskom to implement “air quality offsets”. Quite apart from the fact that there is no legal framework for such “offsets”, that pilot offsetting projects have not been concluded, and that these are contrary to internationally recognised principles around mitigation of environmental harm, monitoring compliance with such a vague requirement will be extremely difficult, if not impossible.”

According to Robyn Hugo, attorney heading up the Pollution & Climate Change Programme at the Centre for Environmental Rights [9]: “As currently phrased in the decisions, there are no specific requirements for these “offset” programmes. They do not, for instance, indicate by how much Eskom must reduce pollution. Who will monitor this? What will DEA do if Eskom simply doesn’t comply?”

Civil society groups will now evaluate the postponement decisions and speak to community organisations in affected areas to determine the possible options  to challenge the decisions. In the interim, Eskom must be forced to comply with each and every term of the MES postponement conditions, with severe consequences if it fails.

[3] Earthlife Africa seeks a better life for all people without exploiting other people or degrading their environment. Our aim is to encourage and support individuals, businesses and industries to reduce pollution, minimise waste and protect our natural resources www.earthlife.org.za

[7] Priority areas are declared in terms of the Air Quality Act for areas where ambient air quality standards are being, or may be, exceeded, or any other situation exists which is causing, or may cause, a significant negative impact on air quality in the area; and the area requires specific air quality management action to rectify the situation. There are three such declared areas – the Vaal Triangle, the Highveld and the Waterberg-Bojanala Priority Areas. All of Eskom’s coal-fired power stations fall within a priority area.

[8] As pointed out in our opposition to the postponement applications, Eskom has failed to prove – as required by the Framework – that its “current and proposed air emissions are and will not cause any adverse impacts on the surrounding environment”.

[9] The Centre was established in October 2009 by eight civil society organisations (CSOs) in South Africa’s environmental and environmental justice sector to provide legal and related support to environmental CSOs and communities www.cer.org.za