Governance is important to us: Get to know the CER Board

The primary purpose of our Board is to provide governance and oversight of our organisation: what work we do, how we spend our funds, how we manage risk, and how we comply with law and best practice. The CER Board is committed to the highest standards of corporate governance, as guided by the King IV Code of Corporate Governance. Read more about the work of the CER Board.

Our non-executive Board members receive no remuneration for their work as directors of CER.

As at November 2018, the CER Board looks as follows: 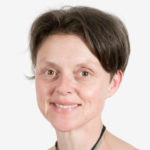 Prof Tracy-Lynn Humby is the current chairperson of the Board. She has worked in the University of the Witwatersrand School of Law since 2003 where she teaches several courses on environmental and sustainability law to post- and undergraduate students. Her research focuses on the comparative governance of sustainability and development in the mining industry, and the governance of climate change. She is the holder of an NRF grant from the Competitive Rated Researchers Fund entitled: “Re-imagining mining governance and regulation for a post-extractivist age”. She has graduated a number of LLM and PhD students and currently supervises 9 PhD students in her area of interest. She was the lead editor of Climate Change Law and Governance in South Africa and has published around 45 peer-reviewed book chapters and articles. Her current monograph State Governance of Mining and Environment in the Anthropocene is due for publication in 2018. She chairs the Research Committee of the IUCN Academy of Law, a global network of environmental law scholars. Over the years she has undertaken policy development, research and advocacy work for a number of organisations including the International Federation of Red Cross and Red Crescent Societies, the Open Society Foundation, the International Council of Mining and Metals and is the Independent Review Mechanism Researcher for the Open Government Partnership. 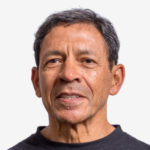 Prof Eugene Cairncross is a retired (Emeritus) Professor of chemical engineering, formerly of the Department of Chemical Engineering at the Cape Peninsula University of Technology. Eugene has research interests in air pollution modelling and management, among others. Eugene spent 19 years in various chemical industries with particular interests in process development and chemical process safety. In retirement he has turned his attention to the environmental and human health impacts of industrial processes and the near absence of environmental and ethical education in current chemical engineering curricula. Eugene has a long track record of using his technical expertise to strengthen the environmental justice struggles of local communities and activists affected by industrial pollution. 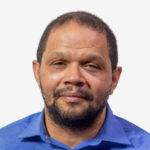 Greg Daniels is a director of both the specialist environmental and green business law firm, Cullinan & Associates, and EnAct International, an environmental law and policy consultancy that specialises in developing and strengthening governance systems that promote ecologically sustainable societies. He holds the degrees B. Iuris LL.B from the University of the Western Cape and a Master’s degree in marine and environmental law from the University of Cape Town. He completed his articles in 2002 at the Legal Resources Centre in Cape Town and, after that, joined Cullinan & Associates and EnAct International. Greg has drafted numerous environmental laws, been involved in precedent setting Constitutional Court judgements and regularly trains Parliamentary legal advisors, government officials and lawyers on environmental law. He is a keen documentary filmmaker who enjoys recording the personal histories and stories of forgotten people. 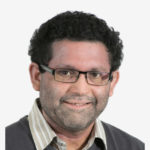 Saliem Fakir is the Head of the Policy & Futures Unit at the World Wide Fund for Nature, South Africa. The Unit’s work is focused on identifying ways to manage a transition to a low-carbon economy. He was previously (2007-2008) a senior lecturer at the Department of Public Administration and Planning and associate Director for the Centre for Renewable and Sustainable Energy at the University of Stellenbosch where he taught on renewable energy policy and financing of renewable energy projects. Saliem previously worked for Lereko Energy (Pty) Ltd (2006), an investment company focusing on project development and financial arrangements for renewable energy, biofuels, waste and water sectors. He served as Director of the World Conservation Union South Africa (IUCN-SA) office for eight years (1998-2005) and was the Manager for the Natural Resources and Management Unit at the Land and Agriculture Policy Centre. Between, 2002-2005, he served as a chair of the Board of the National Botanical Institute. He also served on the board of the Fair Trade in Tourism Initiative, and was a member of the Technical Advisory Committee of the Global Reporting Initiative, based in Amsterdam. He currently serves on the advisory board of Inspired Evolution One – a private equity fund for clean technology and is a columnist for the South African Centre for Civil Society (see www.sacsis.org.za) as well as for Engineering News. His qualifications include: B.Sc Honours Molecular Biology (WITS), Masters’ in Environmental Science, Wye College London, and he completed a senior executive management course at Harvard University in 2000. 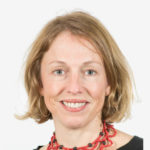 Melissa Fourie is the Executive Director of the Centre for Environmental Rights, a position she has held since the CER opened its doors in 2010. Melissa started her career in 1998 as attorney at Cape Town law firm Sonnenberg Hoffmann Galombik (now ENSAfrica), followed by a stint at Sydney law firm Blake Dawson Waldron (now Ashurst). After completing a Master’s degree in London, she joined the Research & Policy Unit of the IUCN’s South African Country Office in 2003. She was appointed Director: Enforcement at the Department of Environmental Affairs and Tourism in 2005, where she was responsible for both enforcement of national land use, pollution and waste legislation, as well as the roll-out of the Environmental Management Inspectorate, until 2008. Melissa holds the degrees BA LLB from the University of Stellenbosch, and an MSc in Environment and Development from the London School of Economics. She also holds certificates in tax law, environmental law and environmental compliance and enforcement at the Universities of Cape Town, Witwatersrand and Pretoria. 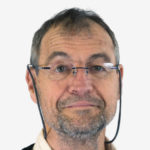 Stephen Law was, until August 2018, the Executive Director of the Environmental Monitoring Group (EMG), an NGO established in 1991 with the aim of facilitating a more active and empowered civil society engagement with environmental policy and decision making processes. He is currently self-employed but still serves on EMG’s Board of Trustees. Stephen’s career began as a chemical engineer in the waste-water treatment field, but soon took a sho’t left when he became manager of a suite of rural worker-owned furniture co-operatives, and then as project co-ordinator at EMG in 1993. He was EMG’s director from 1999. 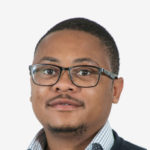 Karabo Maelane is a Private Equity Analyst at Pan-African Private Equity Fund Managers, an established, black-owned boutique private equity manager that invests in Southern Africa with the principal office domiciled in South Africa. Before that, he was a Manager focusing on Analysis, Business Strategy, Sales and Sales Operations in the African Business Development team at First Solar, a global leader in photovoltaic solar energy solutions; and an Investment Associate at Spinnaker Growth Partners, an investment and advisory firm based in Johannesburg and Cape Town. From 2009 to 2013, he held various roles at Wesgro, the official Tourism, Trade and Investment Promotion Agency for the Western Cape, including Acting Head of Investment Promotion as well as a role as Treasury Consultant at Investec Specialist Bank in the Johannesburg and Cape Town office between 2006 and 2009. Karabo holds an Investment Analysis and Portfolio Management qualification form Unisa and is currently completing his Post Graduate Diploma in Development Finance at Stellenbosch Business School. 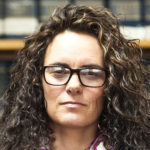 Prof Bonita Meyersfeld is an associate professor of law at the School of Law, University of Witwatersrand, Johannesburg (NRF Y1 rating). She is an editor of the South African Journal on Human Rights and the founding member and chair of the board of Lawyers against Abuse. Bonita teaches international law, business and human rights and international criminal law. Prior to working in South Africa, Bonita worked as a legal advisor in the House of Lords in the United Kingdom and the gender consultant to the International Centre for Transitional Justice in New York. Bonita obtained her LLB from Wits Law School and her LLM and JSD from Yale Law School. She is the author of Domestic Violence and International Law, Hart Publishing (UK) (2010). Until 2017, Bonita was the director of the Centre for Applied Legal Studies at the University of Witwatersrand, Johannesburg, and is currently doing her pupillage at the Johannesburg Bar. Bonita is also on the board of non-profit organisation Sonke Gender Justice.