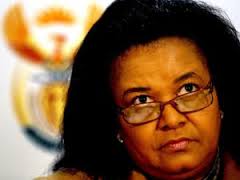 President Zuma’s Cabinet announcement on Sunday, 25 May 2014 looks like a mixed bag for environmental rights. It is, of course, too early to tell exactly how things will play out, and we are always prepared to give newcomers the benefit of the doubt. But provisionally, we are cautiously optimistic about some restructuring decisions and appointments, and immediately concerned about others.

The separation of the Ministries of Water and Environmental Affairs was long expected. In 2009, we were optimistic about the consolidation, hoping for greater coordination and integration between the two departments. Unfortunately, the promise of this consolidation was not realised.

Despite its poor track record of finalising water use licence applications and an alarmingly long list of mines operating illegally without water use licences, the Department of Water Affairs (DWA) appeared to be a somewhat reluctant participant in the development of an integrated licensing system for mines entrenched in new legislation (though portions still await the President’s signature). The Blue Scorpions in the DWA (responsible for compliance and enforcement) have still not taken the opportunity to join and benefit from the progress of the larger Environmental Management Inspectorate led by  the Department of Environmental Affairs (DEA). Importantly, the DWA has failed to produce an equivalent to the crucial National Environmental Compliance & Enforcement Report produced by the DEA every year, creating a huge gap in vital statistics on water compliance monitoring and enforcement.

Furthermore, our understanding is that the scope of DWA’s task and the depth of its organisational challenges, coupled with the fact that the DEA is a comparatively well-functioning and performing department, meant that the previous Minister spent comparatively little time working with the DEA. Having a dedicated Minister should therefore be a very good thing for the DEA.

While we had expected Edna Molewa to be redeployed in the Zuma government based on admirable management of a very large portfolio (in fairness, the competence of at least parts of the DEA should receive credit for that performance), having Minister Molewa for a second term as a seasoned and dedicated Minister of Environmental Affairs should be very good news for the DEA and environmental rights. Optimistically, having a strong and respected Minister at Environmental Affairs could also signal greater priority for environmental affairs and its role as custodian of sustainable economic development in South Africa.

The idea of introducing Sanitation into the Water portfolio poses immediate opportunities, linking upstream water resource management to downstream water services. However, the first complication for this Ministry is a Constitutional one – “Water and sanitation services limited to potable water supply systems and domestic waste-water and sewage disposal systems” are a functional area of legislative competence reserved for local government, with provincial – and eventually national – oversight. This Constitutional provision has already bedeviled water service delivery for decades, and we have seen this tension play out in court in cases like Federation for a Sustainable Environment and the Silobela Concerned Community v Minister of Water Affairs and others, relating to who is responsible for the failure to provide clean drinking water to the Carolina community.

The newly incentivised Ministry of Water and Sanitation will hopefully be able to develop more innovative ways to improve local government service delivery. The new presence of competent Pravin Gordhan in the Cooperative Governance and Traditional Affairs portfolio may well bring a breath of fresh air to this stalled debate. The DWA has already for some time been signalling its intention to incorporate the Water Services Act into the National Water Act – once this is in place (we have been waiting for publication of a draft Bill for a long time) the integration will also have some statutory support.

The introduction of former Gauteng Premier “Mama Action” Nomvula Mokonyane into this Ministry is a promising move, at least because it demonstrates the Zuma government’s prioritisation of water and sanitation issues in this term. The new Minister Mokonyane held the positions of MEC for Agriculture, Conservation and Environment and Safety and Liaison in Gauteng for a few years in the 1990s, which experience will hopefully stand her in good stead. However, Minister Mokonyane’s first challenge is to appoint a permanent Director-General for the Department of Water and Sanitation – a lack of management stability and leadership over a period of many years has significantly undermined the effectiveness of the old DWA.

Some commentators thought that Susan Shabangu should stay on at Mineral Resources to see through the roll-out of the new Mineral and Petroleum Resources Development Act (MRPDA). Instead Ms Shabangu has been appointed the new Minister for Women in the Presidency, and the first question is what this would mean for the controversial MPRDA, the amendment bill of which is still awaiting the President’s signature. It would not be the first time that a legislative amendment to the MPRDA is not brought into effect.

The appointment of Ngoako Ramathlodi as new Minister of Mineral Resources is of concern, not least because will not aid a Department already trying to rid itself of perceptions of poor governance in the allocation of rights. But from an environmental rights point of view, we worry about ongoing commitment to the complex new environmental management regime for mining in South Africa, and the former Limpopo Premier’s commitment to empowerment of and benefit-sharing by mining-affected communities. Civil society and community networks and alliances will watch his first statements and actions with great interest.

News of the appointment of Tina Joemat-Petterson as Minister of Energy has been received with dismay in some quarters, as her time as Minister of Agriculture, Forestry & Fisheries has been dogged with controversy. Given the influence of this Ministry in decisions affecting air quality by Eskom, in particular, we can only hope that Minister Joemat-Petterson will be prepared to take on board the serious concerns of civil society organisations regarding issues like applications to postpone compliance from the minimum emissions standards for industrial processes, and further large-scale investment in non-renewable energy.