Community workshops on shale gas fracking in the Karoo 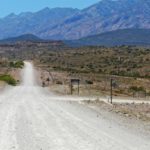 In June 2011, in partnership with WESSA, the Centre for Environmental Rights is rolling out a series of environmental rights workshops for community-based organisations in the Karoo around the proposals to use fracking to extract natural gas in the Karoo. The workshops, which will cover some 20 towns from Calvinia to Cradock, and include about 100 community organisations, are aimed at providing information, advice, support and guidance to communities affected by the exploration right applications, but who have not had the opportunity to participate in the process.

Despite the high level of media attention given to Shell’s Karoo Basin Exploration Project, it was apparent at the public meetings held by consultants appointed by Shell in February and March 2011 that many of the communities who would be most affected by the proposal were not represented at these meetings. For this reason, the CER, in partnership with WESSA, resolved to assist communities in the Karoo to become more informed about proposals by Shell and other companies so that they can participate more fully in this important decision-making process.

“If the exploration rights applications of Shell and other companies are approved in the future, communities in the Karoo may experience wide-ranging effects – both positive and negative,” project manager Andy Gubb says. “We hope to assist communities to become more familiar with the complex information that has been distributed, to make them aware of their environmental rights and of how best to make their voices heard.”

In April 2011, the CER formally requested the Petroleum Agency of South Africa (PASA) to provide an additional 120 days for interested and affected parties to provide comments on the Environmental Management Plan submitted by Shell, inter alia to allow time for this workshop series with community organisations. To date, no response has been received from PASA. The request and further information about the CER’s work on this issue is available here.

For further information on the workshop series, visit the CER website at www.cer.org.za or contact project officer Junaid Francis at [email protected]