Activists rally for environmental justice in the mining sector 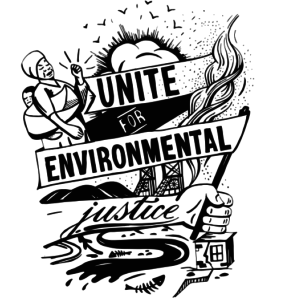 At this conference, local activists, researchers, NGOs and public interest lawyers will gather to ensure greater environmental compliance, accountability and transparency in the local mining industry. The conference is convened jointly by public interest law organisations the Centre for Environmental Rights (CER), the Centre for Applied Legal Studies at the University of the Witwatersrand (CALS), and Lawyers for Human Rights.

Catherine Horsfield, head of CER’s Mining Programme, says: “In the past two years, despite significant changes to the regulatory regime applicable to environmental management of mines, we have seen ongoing environmental violations by mining companies, and little attempt by authorities to enforce the law. We have also seen new mining operations authorised in areas of strategic importance for our water security, and despite resistance from communities and civil society organisations.”

Matome Kapa, attorney in the CER’s Mining Programme, says that “In the past few years, mining affected communities have become far more assertive and organised in their struggles. We see this in relation to non-compliance by existing mines, as well as in relation to non-compliance by mines still being proposed. The best examples of this are the struggles at Xolobeni in the Eastern Cape, and at Fuleni in KwaZulu-Natal.”

According to Kapa, the sector has also been strengthened by the formation of new networks like the Mining and Environmental Justice Community Network of South Africa (MEJCON-SA), Mining Affected Communities United in Action (MACUA) and Women Affected by Mining United in Action (WAMUA) in 2012-13.

Lisa Chamberlain, Deputy Director of the Centre for Applied Legal Studies at Wits, says: “We have also seen greater intimidation and arrest of people protesting against the decision to authorise mines and violations by mines, and even in the death of community activists as we saw in the recent assassination of anti-mining activist Bazooka Rhadebe of the Amadiba Crisis Committee on the Wild Coast. As public interest lawyers, we take these threats very seriously and are collaborating to provide support to communities fighting for environmental and social justice.”

Michael Clements from Lawyers for Human Rights’ Environmental Rights programme says their organisation has seen an increase in insolvencies in particularly the gold mining sector, where the risks of long-term environmental impacts pose significant risks to communities.

Thelma Nkosi, Chairperson of the Mining & Environmental Justice Community Network of South Africa (MEJCON-SA), one of the community organisations attending the Conference, says: “The collaboration between mining affected communities, researchers, NGOs and public interest lawyers is vital for success in achieving greater justice for communities and the environment.”

Lawyers from the non-profit environmental law organisation Earthjustice, based in the United States of America, are also attending the conference to share their experiences in fighting for environmental justice in the U.S. and elsewhere. Earthjustice’s key achievements include its opposition of mountain top removal mining in the Eastern United States; fighting the introduction of massive mines in Queensland, Australia; and stopping a Canadian mining company from reopening an abandoned gold mine adjacent to Yellowstone National Park, threatening three major watersheds with acid-laced pollution.